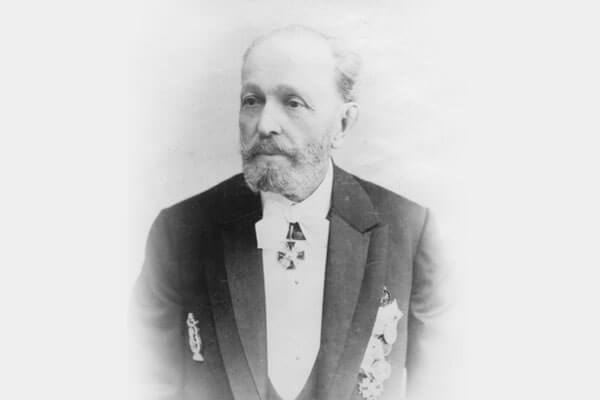 Marius Petipa, the “father of classical ballet,” was born in Marseilles, France in 1818. He began his dance training at age seven, studying with his father Jean Petipa, the French dancer and teacher. Petipa was educated at Grand College in Brussels and also attended the conservatoire, where he studied music. Though he disliked dancing early on, his progress was so great that he debuted in his father’s 1831 production of La Dansomanie. In 1834, his father became maitre de ballet at the theatre in Bordeaux, and it was here Petipa completed his education. At age 16, he became premier danseur at the theatre in Nantes, where he also produced several short ballets.

Petipa left Nantes in 1839 to tour North America with his father and upon their return went to Paris. The following year Petipa made his debut at the Comedie Francaise, where he partnered Carlotte Grisi in a benefit performance. He continued his studies with Auguste Vestris and became a principal dancer in Bordeaux. In 1845, Petipa left for Spain to work at the King’s Theatre. While in Madrid, he studied Spanish dance and choreographed Carmen et son Terero, La Perle de Seville, L’Aventure d’une fille de Madrid, La Fleur de Grenade, and Depart Dour la Course des Toureaux. Petipa returned to Paris as a principal dancer but in 1847 left for Russia. Though he had signed a one-year contract with St. Petersburg Imperial Theatre, he remained there for the rest of his life.
As a principal dancer, Petipa often appeared with Fanny Elssler and was highly acclaimed for his performances in such ballets as Paquita (which he restaged and made his St. Petersburg debut), Giselle, La Peri, Armida, Catarina, Le Delire d’un Peintre, Esmeralda, Le Corsaire, and Faust. Considered an exceptional dancer and partner, Petipa’s acting, stage manners, and pantomime were held up as examples for generations of dancers. When Giselle was revived in 1850, Petipa made some changes in the “Wilis” scenes, which became the Grand Pas des Wilis of 1884.

In 1854, Petipa married Maria Sourovshchikova, a student in the graduating class of the Imperial School, who later danced in many of her husband’s ballets (Petipa’s second marriage was in 1882 to Lubova Leonidovna, a member of the Moscow Ballet). In 1854, he also became an instructor at the school, while continuing to dance and to restage ballets from the French repertoire. Sources differ on the first original work he staged for the Imperial Theatre: some say it was The Star of Granada, while others claim it was A Marriage During Regency. All sources concur, however, that his first great success was The Pharaoh’s Daughter (staged in six weeks), which resulted in his appointment as choreographer in chief in 1862, a position he held for nearly fifty years. In 1869, he was appointed premier ballet master of the Imperial Theatre.

The value of Petipa’s accomplishments on ballet is immeasurable. He produced more than 60 full-evening ballets, countless shorter works, and he is considered to have laid the foundation for the entire school of Russian ballet. Toward the end of his career, however, those who believed the dramatic content of ballet should be strengthened began to oppose Petipa. They considered his noble classicism and consciousness of form as old fashioned, and, in 1903, at the age of 84, he was forced to retire from the Imperial Theatre as a direct result of the failure of his ballet, The Magic Mirror. Owing to the fact his beloved theatre had been taken away from him, Petipa’s final years were filled with bitterness and disillusionment.
Marius Petipa is considered to be one of the greatest choreographers of all time. He elevated the Russian ballet to international fame, laying the cornerstone for 20th century ballet, and his classicism integrated the purity of the French school with Italian virtuosity. He died in St. Petersburg in 1910.

Source.  With edits made. 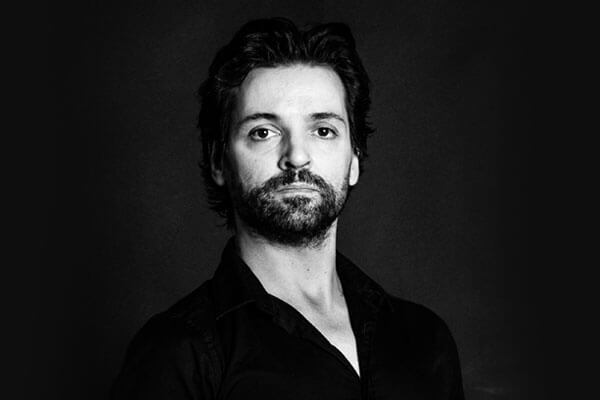 Angel Corella is regarded as one of the finest dancers of his generation. His talent, passion, and technique have brought him worldwide acclaim and established him as one of the most recognizable names in dance. Angel was appointed artistic director of Philadelphia Ballet beginning with our 2014/2015 season. Angel joined American Ballet Theatre in 1995 and quickly rose to the rank of principal dancer. Throughout his 17-year career with them, he excelled in a wide range of repertory, performing such iconic roles as Prince Siegfried in Swan Lake, Romeo in Romeo and Juliet, and the Nutcracker Prince in The Nutcracker. He has also appeared as a guest artist with the Royal Ballet in London, the Kirov Ballet in Russia, and New York City Ballet. As well, Angel has received numerous awards, including 1st prize in the National Ballet Competition in Spain (1991), the Prix Benois de la Danse (2000), and the National Award of Spain (2003). He has danced for Queen Elizabeth II, Queen Sophia of Spain, and for Presidents Bill Clinton, George W. Bush, and Barack Obama.

Angel’s onstage passion and talents have translated to his behind-the-scenes career as well. From 2008 to 2014, he served as director for his own company, the Barcelona Ballet (formerly the Corella Ballet), in his native Spain, where he is regarded as a national treasure. His was the first classical ballet company established in the country in 20 years. And while Angel retired from American Ballet Theater in June 2012, he continued to dance with his own company.

A passionate teacher and mentor to young professional dancers, Angel has taught at various summer programs as well as leading dance schools, including the Royal Ballet School in London. He now applies that same passion, verve, and balletic insight to the dancers of Philadelphia Ballet. 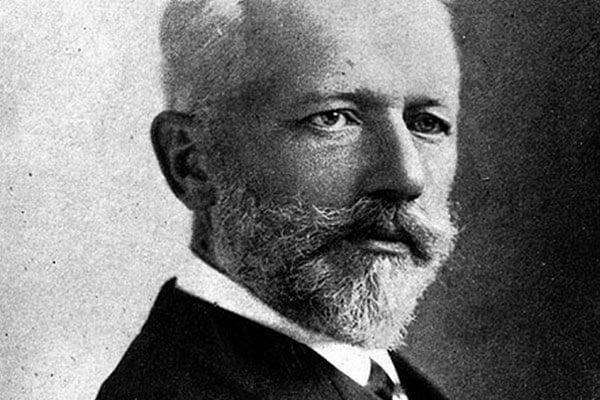 Pyotr Ilyich Tchaikovsky was born May 7, 1840, in Votkinsk, Russia. He began taking piano lessons at age five, and, though he displayed an early passion for music, his parents had hoped he would grow up to work in the civil service. In 1859, five years after his mother’s death from cholera, Tchaikovsky honored his parents’ wishes by taking up a bureau clerk post with the Ministry of Justice—a post he would hold for four years, during which time he grew increasingly fascinated with music. At age 21, he decided to take lessons at the Russian Musical Society and soon after enrolled at the newly founded St. Petersburg Conservatory, becoming one of the school’s first composition students. In 1863, Tchaikovsky moved to Moscow, where he became a professor of harmony at the Moscow Conservatory.

Tchaikovsky’s work was first publicly performed in 1865 at a Pavlovsk concert with Johann Strauss the Younger conducting the composer’s Characteristic Dances, and, in 1868, his First Symphony was well received when it was performed in Moscow. The following year, his first opera, The Voyevoda, was staged—though with little fanfare. His next operatic effort, Oprichnik, achieved some acclaim when it was performed at the Maryinsky in St. Petersburg in 1874, by which time Tchaikovsky had also earned praise for his Second Symphony and managed to establish himself as a talented composer of instrumental pieces with his Piano Concerto No.1 in B-flat Minor.

Acclaim came more readily for Tchaikovsky in 1875 with his composition Symphony No. 3 in D Major. At the end of that year, the composer embarked upon a tour of Europe, and, in 1876, he completed the ballet Swan Lake as well as the symphonic fantasy “Francesca da Rimini.” In 1878, Tchaikovsky resigned from the Moscow Conservatory in order to focus his efforts entirely on composing. His collective body of work comprises 169 pieces, including symphonies, operas, ballets, concertos, cantatas, and songs. Among his most noted late works are the ballets The Sleeping Beauty (1890) and The Nutcracker (1892).