“Spread Your Wings” makes dance personal and accessible through a variety of brand new activities, all encouraging creativity and personal engagement with dance and storytelling.

Dance is for everybody.

Orchestra Performance on May 22nd at 7 pm

Enjoy an evening with artists from the Philadelphia Ballet Orchestra performing live at Cherry Street Pier! On Saturday, May 22nd a quartet of bowed strings plus harp will perform works written for ballet, works for string quartet, and dance music from South America. No registration required for this free concert!

Through the visual arts, photography, choreography and creative writing opportunities, “Spread Your Wings” is about equipping Philadelphians to engage with art-making and movement, to become agents of their own creative experience.

The closest self-parking is the lot at the Holiday Inn Express across the street.

There is also a lot at Dave & Busters.

The closest Free 1- and 2-hour parking spots are located on Front Street between Vine and Callowhill.

David McShane has been designing and painting murals for Mural Arts Philadelphia since 1996, and has completed well over 100 large, outdoor, community-based murals in the Philadelphia area. His murals include the Phillies Mural, the Philadelphia Stars Negro League Mural, the Herman Wrice Mural, the Larry Fine Mural, the Mural at Dirty Franks, the Jackie Robinson Mural, the Legendary Blue Horizon Mural, and fifteen elementary school transformation projects in partnership with the Philadelphia Eagles. Outside of Philadelphia, David has received grants to create community murals in Coatesville and Middletown Township, PA, Dublin, Ireland, and in the suburbs of Paris, France. He also creates fine art paintings in his studio, and has exhibited his work at the LaSalle University Art Museum, Artists’ House Gallery, Temple Gallery of the Tyler School of Art, the University City Arts League, the Philadelphia Office of Arts and Culture, and Nexus Gallery. David was raised in Audubon, New Jersey and received degrees from LaSalle University and the Pennsylvania Academy of the Fine Arts. He is married to artist Eurhi Jones and has two daughters.

Arian Molina Soca began his ballet studies in 2001 at the Alfonso Pérez Isaac Vocational School of Art and then, in 2006, joined the National Ballet School in Havana under the guidance of Elena Canga and Yuneisi Rodríguez, among other notable professors. Arian joined Philadelphia Ballet as a principal dancer for our 2015/2016 season, performing a range of works from the contemporary to the classic. He has danced principal and featured roles that include Ben Stevenson’s Cinderella (Prince), Nacho Duato’s Remansos, Christopher Wheeldon’s DGV: Danse à Grande Vitesse, Angel Corella’s Le Corsaire (Conrad), and George Balanchine’s Western Symphony (Fourth Movement). 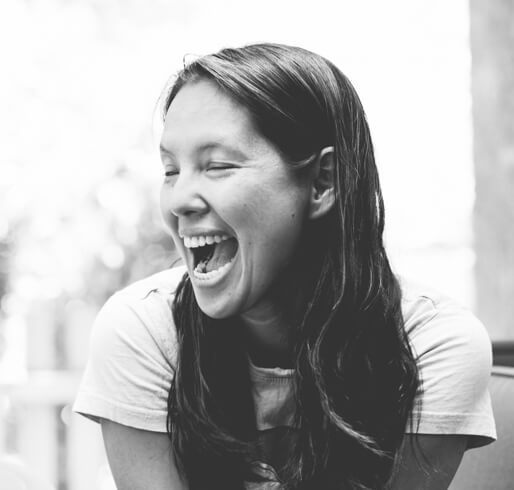 Vikki Sloviter is a Philadelphia-based fine art portrait and ballet photographer whose work showcases the artistry, technique, athleticism and beauty of the ballet dancer’s body. Vikki has photographed dancers from around the country who dance with New York City Ballet, American Ballet Theatre, Boston Ballet, Houston Ballet, San Francisco Ballet, Philadelphia Ballet, formerly Pennsylvania Ballet, BalletX, Complexions, and Martha Graham Dance Company. Her work can be seen on social media and has appeared in Rangefinder Magazine and Pointe Magazine, has been on display on billboards, at the National Constitution Center, and at the PhotoPlace Gallery in Vermont.

Shawn Theodore (b. 1970, Germany) is an award-winning photographer whose work opens broad conversations regarding the role of the photographer in the shaping of agency and imagery, engage in new forms of storytelling, and its impact on the trajectory of the collective black consciousness.

(2019), the Getty Images / ARRAY ‘Where We Stand’ grant and a grant from the Knight Foundation for ‘A Dream Deferred’. He is a two-time nominee of The Pew Center for Arts & Heritage Fellowship, and a nominee of the Magnum Foundation Fund.

His photographic works have been featured in TV and films including ‘The Obituary of Tunde Johnson’ (2019), Boomerang (BET Network, 2019), and The Photograph (2020). Theodore’s photography has been used for the cover art for ‘Black in Place: The Spatial Aesthetics of Race in a Post-Chocolate City’, by Dr. Brandi Summers, and ‘Veil and Vow: Marriage Matters in Contemporary African American Culture’, by Aneeka Ayana Henderson. Theodore’s first monograph ‘Birmingham’ (2019, +KGP) was published with ‘LOST II’, and is in the collection of the Metropolitan Museum of Art, Thomas J. Watson Library, New York, NY.

Theodore earned his BA in JPRA (Journalism, Public Relations and Advertising) from Temple University. He currently attends the MFA for Photography program at Savannah College of Art and Design (SCAD Atlanta). 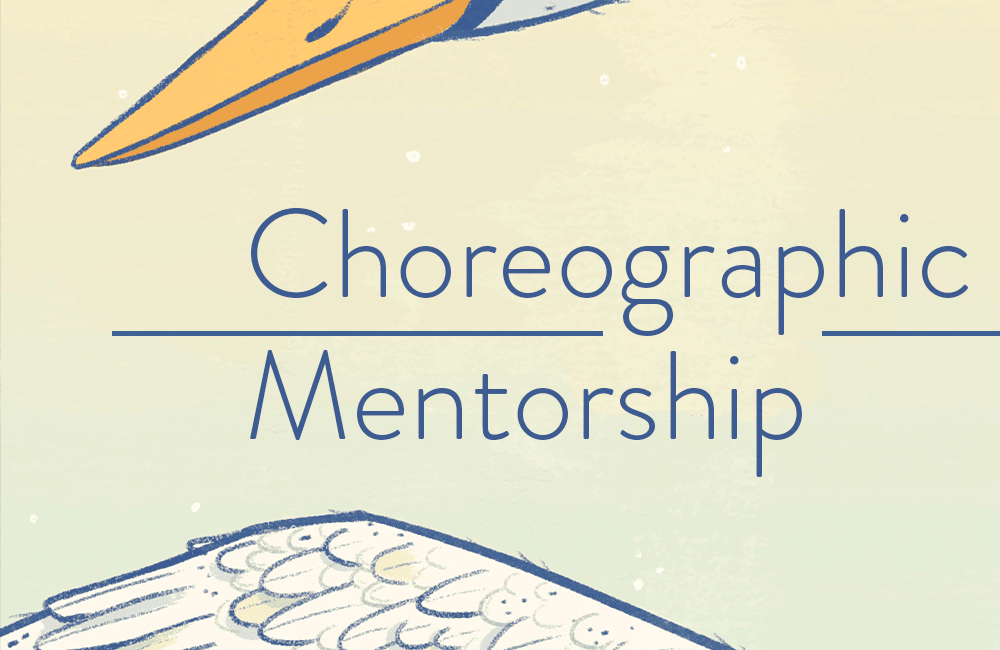 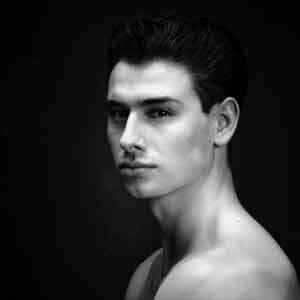 Sterling Baca began his training at age 11 at the Academy of Colorado Ballet and later with world-renowned instructor German Zamuel. He then studied with American Ballet Theatre (ABT), at first attending five of their summer intensive programs (as a National Training and Bender Foundation Scholar) and later in their elite pre-professional program at the ABT Jacqueline Kennedy Onassis School with full scholarship.

Sterling joined Philadelphia Ballet, formerly Pennsylvania Ballet, as a Principal Dancer for our 2016/2017 season. Since joining us, he has tackled featured and principal roles in a varied repertoire that includes full-length ballets such as Ben Stevenson’s Cinderella (Prince);  Angel Corella’s Le Corsaire (Conrad), Swan Lake (Prince), and The Sleeping Beauty (Prince Desire); and Sir Kenneth MacMillan’s Romeo & Juliet (Romeo). He has also performed in contemporary works like Brian Sanders’ Chicken Bone Brain, or a more classical approach such as in George Balanchine’s Theme and Variations, Jewels, and Western Symphony (Fourth Movement).

Prior to joining Philadelphia Ballet, Sterling danced with American Ballet Theatre, where he began in 2010 as a member of their second company. He was invited to join the main company as an apprentice in May 2011 and soon after promoted to the corps de ballet in December of that same year. While with ABT, Sterling created the roles of Prince Fortune and Lilac Fairy Cavalier in Alexei Ratmansky’s Sleeping Beauty and performed leading roles in Jerome Robbins’ Fancy Free (2nd Sailor), Kevin McKenzie’s Swan Lake (Ballroom Von Rothbart), Liam Scarlett’s With a Chance of Rain, Mark Morris’ After You, Marcelo Gomes’s Aftereffect, and Zhong-Jing Fang’s The Final Frame.

Sterling also appeared on season 4 of Dance212, a popular online series that follows dancers trying to make it in New York City. As well, he was in the short film, On a Grass Field, which won Best Short Film at the 2014 New Jersey Golden Door Film Festival. In January 2016, Sterling was featured on the cover of Dance Magazine for their “25 to Watch” issue. He created the role of Hilarion in the world premiere of Joshua Beamish’s Giselle in 2019.

Emily Davis began dancing at age 6. She received a majority of her training at Pofahl Dance Studios and in 2013 went on to train with Boston Ballet School’s pre-professional program. She also attended summer programs at Exploring Ballet with Suzanne Farrell, Boston Ballet School, and Chautauqua School of Dance. Emily came to Philadelphia Ballet, formerly Pennsylvania Ballet, as a member of PBII for our 2014/2015 season. She was promoted to apprentice for the 2016/2017 season and corps de ballet for 2017/2018. She has performed with the company in Angel Corella’s Don Quixote, George Balanchine’s The Nutcracker®, and Christopher Wheeldon’s Danse à Grande Vitesse and Rush, as well as the world premieres of Helen Pickett’s Tilt and Brian Sanders’ Chicken Bone Brain. Emily received an IB diploma from the Newman School in Boston and is currently attending the University of Pennsylvania.

Have you ever wondered what it would be like to write a ballet?

Philadelphia artist Kailey Whitman has illustrated a beautiful, lavish digital storybook edition of Swan Lake. But there’s one exception—she left out the ending! Read the full illustrated story below, or print out to share with young ones, and think: how would you end Swan Lake?

Kailey Whitman is an illustrator and designer whose work can be found in magazines, newspapers, books, on posters, murals, and all around the internet. Her clients have included The New York Times, The Washington Post, NBC, American Greetings, Random House, and the Philadelphia Eagles. She loves to draw and feels very lucky that it’s her job. When she’s not working, she’s baking, hiking, reading, and trying to pet as many dogs as possible.

Follow along with Fleisher Art Memorial Teaching Artist Marie Elcin and Philadelphia Ballet Soloist Peter Weil as they create their own “If I Could Fly…” art project.

Watch all three videos below and create your own beautiful winged ornaments, rings, and jewelry! 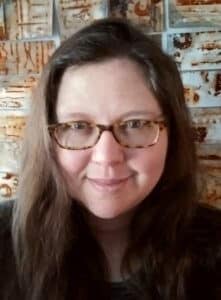 Marie Elcin is a fiber artist and art educator from Philadelphia. She has a BFA in 2D Fine Art from Moore College of Art and Design and a Masters of Art Education from Tyler School of Art, Temple University. She currently teaches printmaking and fiber arts at Fleisher Art Memorial and is an art teacher at a charter middle school in South Philadelphia. Working in fibers keeps her connected to family and cultural traditions, and teaching art in schools and communities allows her to explore art and ideas in social contexts.

Darla Jackson is a sculptor living in Philadelphia. She received a BFA in Sculpture from Moore College of Art in 2003, and after receiving a John S. and James L. Knight Arts Challenge Grant in both 2011 and 2013, founded the Philadelphia Sculpture Gym, a membership based community sculpture studio.

Her work has been shown in numerous exhibitions locally, including galleries and museums such as the Philadelphia Art Alliance, Seraphin Gallery, Pennsylvania Academy of the Fine Arts, the Woodmere Art Museum, and a Wind Challenge exhibition at the Fleisher Art Memorial, and across the country at galleries such as Thinkspace Gallery in Culver City, California, the Delaware Center for Contemporary Arts in Wilmington, and Parlor Gallery in Asbury Park, New Jersey. She has shown internationally in Belgium and Germany and has lectured about her work at venues including The Barnes Foundation.

In February 2021 and in partnership with Fleisher Art Memorial, Philadelphia Ballet, formerly Pennsylvania Ballet, offered an art class with sculptor Darla Jackson on how to make your own, life-size wings. 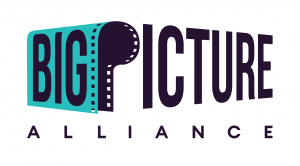