Experience the fairy tale of Snow White as she runs away from the evil queen and finds solace with seven friendly dwarfs.

Watch as the witch convinces her to bite the poisoned apple and witness the magic of true love’s kiss. This one-hour ballet choreographed by Samantha Dunster, Assistant Artistic Director of Philadelphia Ballet, is a favorite of Philadelphia Ballet’s Family Series audiences. With an original score by Kermit Poling, this ballet is captivating for fairy tale lovers of all ages.

Snow White begins her day finding flowers in the forest and interacting with her friends. Her Stepmother, the Queen enters and Snow White is discouraged at the way she treats her. As her friends try to cheer her up, a Prince from afar comes in. Their eyes meet and they immediately fall in love. Meanwhile, at the palace the Queen asks her magic mirror “Who is the fairest of them all” and is disappointed to discover it is Snow White. She calls for the Huntsman and orders him to kill Snow White and bring her back her heart. The Huntsman finds this too hard of a task and instead tells Snow White to run far away. Alone and scared in the forest, she starts to cry. The animals of the forest come out and console her. They bring her to a small house in the forest where seven dwarfs live They tidy the house and leave Snow White sleeping. The dwarfs return and welcome Snow White into their home. At the palace the Queen discovers that the Huntsman did not kill Snow White. Furious, she transforms herself into an old peddler and puts a spell on an apple to kill Snow White herself. Snow White, unaware of who she is, welcomes her into the home and takes a bite of the poisonous apple. The animals of the forest attack the peddler and scare her from the forest forever. The dwarfs sadly carry Snow White into the forest and stay by her side. After searching near and far, the Prince finds his way to the forest. He kisses Snow White and breaks the spell. Snow White awakens and they live happily ever after. 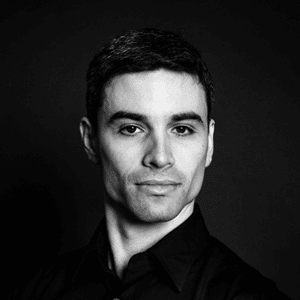 Eddy Tovar trained at the National Ballet School in Havana. He began his professional career in Brazil at the Bale do Estado de Goias before joining the Orlando Ballet under the direction of Bruce Marks and the late Fernando Bujones. Eddy rose through the ranks of Orlando Ballet to that of principal dancer, while also serving as the resident guest artist of the Los Angeles Ballet. He retired from the stage after dancing for Texas Ballet Theater as a principal dancer, under the direction of Ben Stevenson.

Eddy has performed principal roles in virtually every full-length classic ballet, including roles in works by George Balanchine and Twyla Tharp. As well, he has won numerous medals in competitions all around the world and appeared as a guest on the TV show “So You Think You Can Dance”. Most recently, Eddy served on the faculty of the Hartt School of Dance Department at the University of Hartford. Throughout his career, he has staged ballets as well as instructed students of all levels. Eddy is currently the Artistic Director of PBII. He is married and has a daughter. 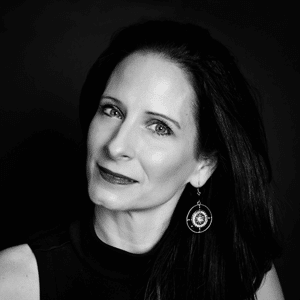 Samantha Dunster began her ballet training with Cristina Pora in Toronto, Ontario. Then, at age 17, she traveled to Havana to train with the National Ballet of Cuba. She continued dancing with the company of Centro Pro-Danza, under the direction Laura Alonso, where she also worked as regisseur and ballet mistress.

In 1996, Samantha accepted the position of artistic director and principal dancer of Bale da Ilha in Brazil, where she staged numerous full-length ballets. By 2000, she became ballet mistress of Orlando Ballet, where, under the direction of the late Fernando Bujones, she re-choreographed La Fille Mal Gardee for the company. In 2004, she was commissioned by Orlando Ballet to create a world-premiere production of Camelot, the success of which broke ticket sales records. In 2007, she accepted the role of assistant to the artistic director of Orlando Ballet, under the direction of Bruce Marks. The following year, the pair together staged the full-length Don Quixote.

In 2011, Samantha accepted the position of chair/artistic director of the Hartt School Community Division Dance Department at the University of Hartford. During that time, she created and choreographed two new full-length ballets: Snow White and Peter Pan with original score by Kermit Poling. She also founded the pre-professional company HarttWorks as well as created the summer ballet intensive program From Studio to Stage, which has attracted guest artistic directors such as Bruce Marks, Laura Alonso, and Angel Corella.
Samantha has danced and taught in countries all around the world, including Sweden, Argentina, and Brazil. In 2003 and 2009, she set her staging of La Fille Mal Gardee for the National Ballet of Korea and the NBA Ballet Company in Tokyo respectively. Additionally, she has staged several works of Bruce Marks, including Lark Ascending for Louisville Ballet, and, in 2010, served as the Canadian judge for the International Ballet Competition in Jackson, MS.

Samantha began her tenure as ballet mistress with Philadelphia Ballet in November 2014 and was appointed assistant director in November 2015. She is married and has a daughter. 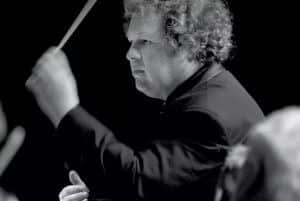 Named by Forum Magazine as one of the top ten faces to watch, Kermit Poling is celebrating his 22nd season as Music Director of the South Arkansas Symphony and his 27th season as Music Director of the Shreveport Metropolitan Ballet. He is in his 31st year as Associate Conductor of the Shreveport Symphony, an orchestra where he also was Concertmaster for over 27 years. He has produced the Shreveport Symphony’s broadcast series since 1987, having also produced radio programming for WBUR Boston and other public radio stations. He serves as General Manager of the Red River Radio public radio network at LSUS having been appointed to the position in 2006. In 2015 he became music director of the Marshall Symphony Orchestra in Texas.

As a conductor, Maestro Poling performs extensively throughout the United States and around the world. He has been featured with the orchestras such as the Orchestra of the Province of Lecco, Italy, the Orquesta Sinfónica del Estado de México, the Guanajuato Symphony (Mexico), the Moscow Chamber Orchestra and Moscow Ballet, the Oklahoma City Philharmonic, Filharmonia Veneta, Shenzhen Symphony of China, University of Hartford and many other orchestras throughout his career.

Also a composer, Poling’s most recent ballets include Peter Pan, premiered by the University of Hartford in 2014 and Beauty and the Beast, premiered by Ballet Oklahoma in 2014. His work, No Sound of Trumpet nor Roll of Drum, was premiered in 2011, honoring the 150th anniversary of the start of the Civil War. Last year, his score to the silent film Tarzan and for the documentary Tarzan: Lord of the Louisiana Jungle won accolades across the country. Past compositions include the ballets Snow White, Wizard of Oz, Aladdin, and Phantom of the Opera and several recent compositions commissioned by the Shreveport Summer Music Festival including Within the Orb of Glories Wearing and Visions of the Virgin.

Poling received the Outstanding Artist in Music Fellowship in 2000 from the State of Louisiana and twice received a Music Fellowship from the Shreveport Regional Arts Council. His awards include scholarships to the Boston Conservatory of Music, the Cleveland Institute of Music and the Tanglewood Music Center, where he studied with Leonard Bernstein, Kurt Masur, Gustav Meier and Seiji Ozawa. In 2005, Maestro Poling served as one of three international judges for China’s National Young Artists Competition with the China National Symphony in Beijing. In 2012, he was awarded a career advancement award from the State of Louisiana. In 1998 he was chosen by Oscar award winning artist William Joyce to compose the music for his stage adaptation of The Leafmen and the Brave Good Bugs.

Kermit Poling has been a featured conductor on NPR’s Performance Today, the Arkansas Educational Television Network, the Red River Radio Network, WGBH Boston and has appeared as violinist on Louisiana Public Television and PBS in addition to numerous television and radio stations throughout the country. He’s been featured in Symphony Magazine, Louisiana Life and others. He has a long history of recording and productions ranging from motion picture scores to commercials. He has recorded for Coca-Cola, Mitsubishi, Sony and many other commercial clients as well as such artists as Kenny Rogers. He has served on the faculty of Centenary College, Texarkana Community College and the Puerto Rico Conservatory of Music. He has also served as artist in residence and taught master classes at the University of Delaware, Kilgore College, Stephen F. Austin State University and others. In 2011 Centaur Records released a CD of his newest Christmas arrangements performed by the West Edge String Quartet. He was also featured as an expert on the reality TV show Baggage Battles in 2013 on the A&E network.

A non-stop musician, he also serves as the choirmaster and organist at St. George’s Episcopal Church in Bossier City, LA.