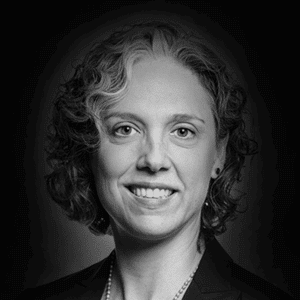 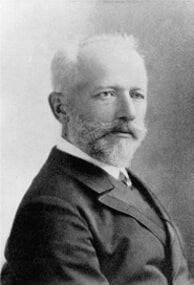 At 3:00 pm on May 18, 1891, composer, pianist, and conductor Peter Ilyich Tchaikovsky arrived in Philadelphia to conduct a program of his own works. When the concert ended, the Academy of Music rang with the applause of an adoring crowd. That same night, Tchaikovsky left for New York and, a few days later, began the return journey to Russia. Although he never revisited the U.S., Tchaikovsky left here feeling beloved by patrons, critics. and audiences. On the ship home he wrote to his brother, Modeste, “It turns out that in America I am far better known than in Europe. Here I’m an important bird!”

While Tchaikovsky’s physical presence in the City of Brotherly Love lasted a scant eight hours, his influence in Philadelphia, and at the Academy of Music in particular, endures; these walls have heard no fewer than 1,200 performances of The Nutcracker alone. It is no exaggeration to say that Tchaikovsky’s music is the lifeblood of classical ballet. When we hear the phrase, “classical ballet,” many of us think of Swan Lake, which, incredibly, was Tchaikovsky’s very first attempt to compose for dance. Yet when Swan Lake premiered in Moscow in 1877, it flopped. Audiences and critics hated the choreography, the production, and even the music. Tchaikovsky was despondent, and although he later composed The Sleeping Beauty (1890) and The Nutcracker (1892), he died believing that he had failed as a composer for dance. How wrong he was.

But why did audiences in Moscow so dislike the music of Swan Lake? They rejected it then for the same reason we can’t do without it today: it teems with emotion. Apart from the score’s national and social dances, most of the music in Swan Lake conveys the despair of the Swan Queen, Odette, the impetuous love of Prince Siegfried, and the cruelty of Baron Von Rothbart. And while effusively descriptive music was gaining ground in Germany at that time, thanks to opera composer Richard Wagner, Russian ballet audiences in the late 1870’s were not accustomed to such a heavy dose of musical feeling. It wasn’t until eighteen years after the premiere of Swan Lake and two years after Tchaikovsky’s death that Marius Petipa reworked the choreography and Modeste Tchaikovsky revised the story to make it the classic we know today. Without them, Odile would still be the stepdaughter of an evil sorceress, whose only protection from evil was a magic crown. Without them, we wouldn’t have an undying story of love and redemption.

Philadelphia Ballet has presented an assortment of short and long productions of Swan Lake at the Academy of Music. These include George Balanchine’s one-act version of 1951, Christopher Wheeldon’s Degas-inspired full-length version of 2004, and now Angel Corella’s traditional production. It has been 141 years since the premiere of Swan Lake. What will this genre-defining work look like when it turns 200? We do not know this, but we do know that it will still be here, because, like Tchaikovsky himself, Swan Lake is not just an “important bird” – it is an eternal one.