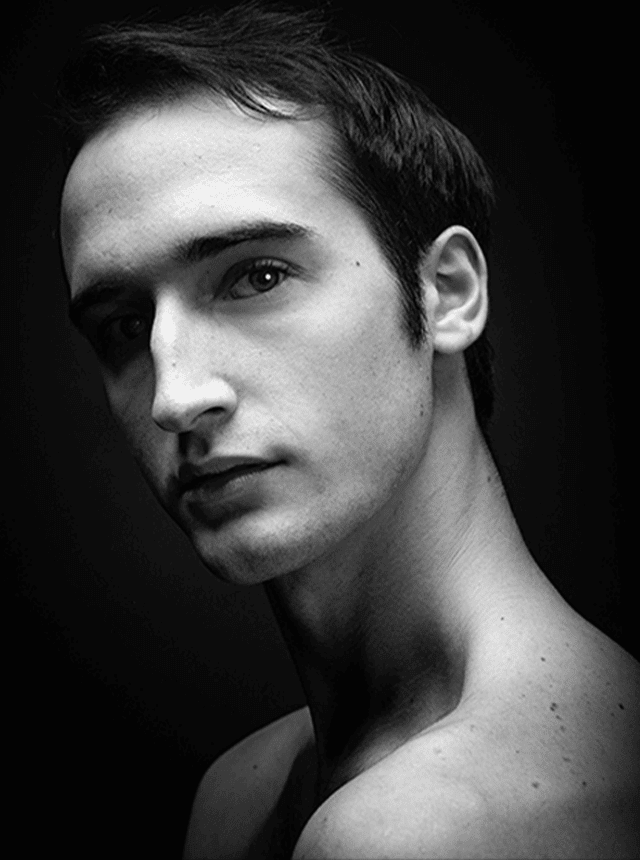 Hometown: Rome, Italy
Federico D’Ortenzi began studying dance at age six. In 2005, he joined the School of Opera Di Roma, where he performed in The Nutcracker (with Carla Fracci), Trittico 900, Pinocchio, Sleeping Beauty, and Carmen. In 2009, he was awarded the Scala Di Milano scholarship and performed as a soloist in Death in Venice, Raymonda, Serenade, and Gaîté Parisienne at La Scala in Milan. In 2013 and 2014, Federico was invited by Artistic Director Franco De Vita to attend the American Ballet Theater (ABT) Jacqueline Kennedy Onassis School summer intensive on full scholarship and also had the opportunity to perform the role of Prince as an ABT guest student for the De Dutch Don’t Dance Division’s production of The Nutcracker in the Netherlands.

In 2014, Federico graduated from the ABT Jacqueline Kennedy Onassis School, where he studied under the direction of Franco De Vita, Raymond Lukens, and teachers Francois Perraut, Martine van Hamel, and Lupe Serrano. He also received additional instruction under Pablo Moret, Alessandro Molin, Ofelia Gonzalez, Denys Ganio, Maurizio Vanadia, and Bella Ratchinskaja. Federico danced with the Washington Ballet Studio Company, where he danced in several ballets, including The Nutcracker, Swan Lake, and Theme and Variations. He also performed soloist roles in works such as Juanita y Alicia and Septime Webre’s ALICE (in wonderland). Additionally, Federico had been invited by the Italian Embassy in Washington, D.C. to perform choreography by Mimmo Miccolis.

Federico joined Philadelphia Ballet as an Apprentice for our 2017/2018 Season, and was promoted to the Corps de Ballet for the 2018/2019 Season. Since joining the company Federico has danced featured roles in Angel Corella’s Swan Lake (Benno), as well as Corps de Ballet roles in Corella’s The Sleeping Beauty, George Balanchine’s The Nutcracker®, and Jewels, Petite Mort of Killian, Angel Corella Giselle role of Hilarion, Don Quixote, Bayadere Lead Fakir.

During the Pandemic, and with the borders closed, Federico was not able to get back to America. In 2020/2021 Federico Trained with his old teacher Denys Ganio in Italy. In September 2021, he was personally invited as a ballet guest in Eleonora Abbagnato’s Giselle in Rome were he performed the role of Hilarion and Peasant pas, with the International Principals Guest, Maia Makhateli and Ana Sophia Sheller. In October he joined the Paris Opera Ballet where he performed at Opera Garnier Le Soiree Russe. After the border reopened, Federico came back to Philadelphia Ballet for the 2022/2023 Season.

Federico loves art and in his free time he likes to paint and draw.

With The Washington Ballet: