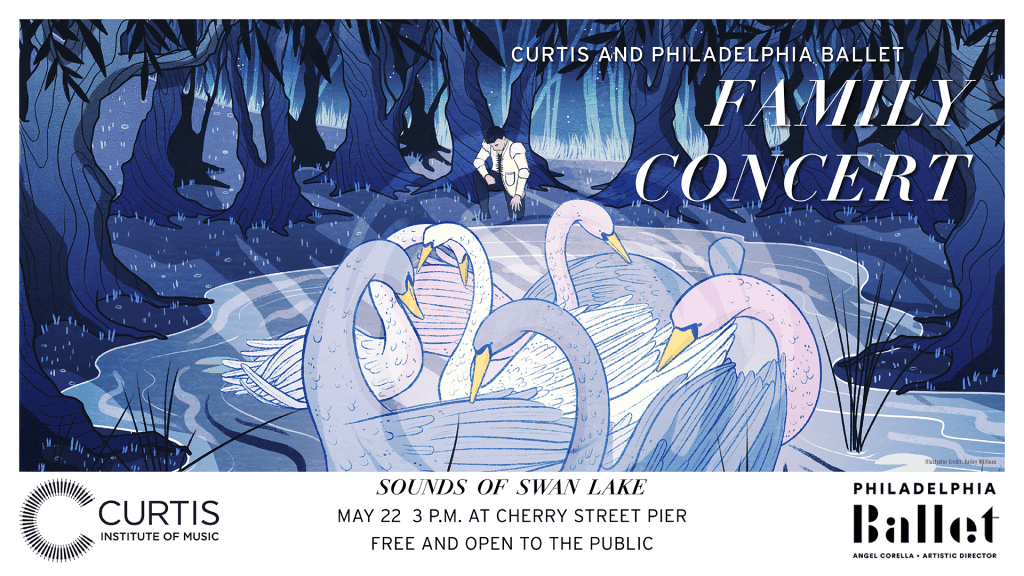 Philadelphia Ballet joins The Curtis Institute of Music for a special presentation of the sounds of Swan Lake.

Through musical performances, illustrations from Swan Lake and narration, this family-friendly interactive concert celebrates this classic ballet and the power of music.

This is a free event. 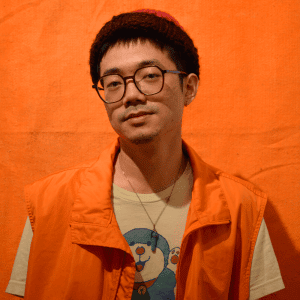 Juan is an illustrator from Panama currently based in Philly. Select clients include Mural Arts, Friends of the Rail Park, Google Doodle, and Fleisher Art Memorial. One day during a walk, Juan saw a star so bright and so colorful that he knew he would be chasing after that moment of vibrancy again and again. In his work, you will see stars of all shapes and forms, to one day see that star once more. 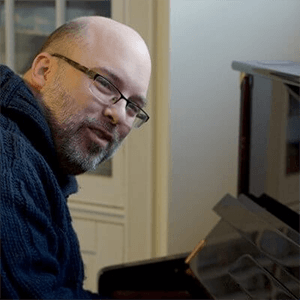 John B Hedges is a composer based in Philadelphia. He has written works for the concert hall, stage, film and digital media. As a musician and producer, he has recorded in pop, jazz and classical genres and his arrangements and orchestrations have been performed throughout the world. He studied at the Curtis Institute of Music and University of Pennsylvania and served as an assistant to Academy Award winning Tan Dun, as well as composers Oliver Knussen and George Tsontakis. He won awards from the Theodore Presser, Pennsylvania Council on the Arts, Independence Foundation and the Corporation of Yaddo and New Music USA and served as composer-in-residence of both Fort Worth and Richmond symphony orchestras.  John B lives outside Philly where he homeschools his son, Bran, with his wife, visual artist Lynn Palewiczand, and a dog ‘Boo Boo’. 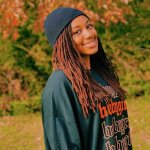 Madison Proctor is a 16-year-old homeschooled junior in high-school. Madison carries a 4.0 GPA, she serves as a contributing member of the Griot Girls Writing Community Cohort in Philadelphia, she also is a proud member of the Media Arts Team at her church, Bethlehem Baptist Church Of Penllyn PA where she also serves as a Jr. Deacon. It is this space where she enjoys bridging the gap between faith and creativity. Madison’s love for the arts has allowed her to create and be a part of safe spaces for BIPOC youth writers and visionaries as a part of The Colored Girls Museum in Philadelphia. Madison’s most recent accomplishment was winning a slot in the highly sought Black Girls Film Camp in Los Angeles California. She was chosen to be 1 out of 10, out of a demographic search of 200 teen film directors across the country. Madison has a passion for film, writing, and photography. In her spare time Madison can be found spending time with family and close friends, listening to music, writing feature films and enjoying life as a teen. One of her favorite accomplishments is that of being a Championship Equestrian at Cabin Run Equestrian, it is here where she truly began walking into her creative purposes. Madison is a true creative at heart and loves creating stories for Black youth and young adults. She looks forward to continuing doing what she loves: creating films and creating space for Black voices to be heard. This fall; with great joy and anticipation she will be applying for early decision to her top school of choice New York University, where she plans to major in Film.